Realistic city and facility visualizations thanks to Google Maps! 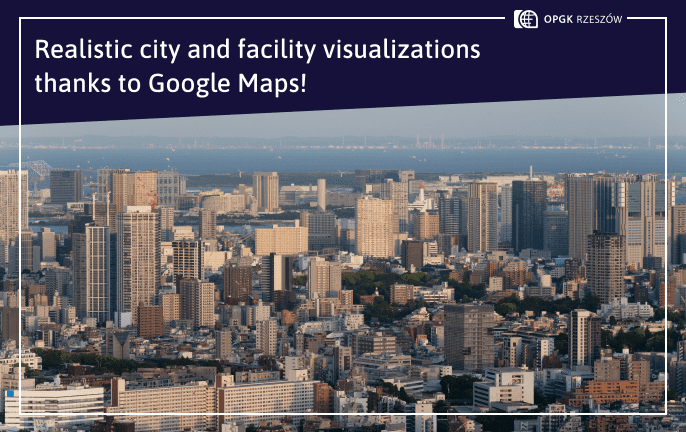 At the last Search On the conference, Google announced changes to its mapping service. The IT giant decided to enrich the appearance of the maps with more realistic visualizations of cities that will present objects as they exist.

The Search On conference is an annual event where Google presents the latest innovations in its IT products. The last edition took place on September 28 and one of the announced novelties was the announcement of the use of photorealistic 3D models of the agglomeration in the cartographic service of the IT giant. The latest representations are to be the result of a combination of image data, predictive models, and image recognition technology.

In practice, this means that 3D city models will be able to be viewed by users, e.g. in natural sunlight at any time of the day and in various weather conditions. Thanks to this, each interested person will be able to have a real preview of the objects both today and, for example, in a month, and not constantly see them as they were when the photo was taken.

What's more, the announced visualizations are to cover not only the facades but also the interiors of public buildings, such as restaurants or shops. Due to this, customers will be able to assess whether a given place is worth visiting.

At the moment, immersive views, i.e. those that allow users to immerse themselves in virtual reality, are to be made available only to 5 large cities: New York, Los Angeles, San Francisco, Tokyo, and Paris.

Finally, it is worth mentioning that the IT giant has also announced the expansion of the Live View function, the activity of which is related to augmented reality. It is to enable searching for objects, which in principle will look like that to find, for example, the nearest photocopying point, it is enough for the user to point the smartphone's camera to the surrounding streets. Then, the application is to display the location of the closest objects of this type on the camera image.

Currently, it is not known when exactly the announced changes will be implemented and made available for use, but the presented idea was certainly approved by Google users.

What are numerical maps and what are they used for?

What is LIDAR and where is it used?

Government changes in building permits. Who will they concern?

Will the new Dynamic World database from Google revolutionize the geodesy sector?

New ESA mission. Could it be that urban heat islands will be more visible from space?

What is the modernization of land records?

Visit us
on Social Media